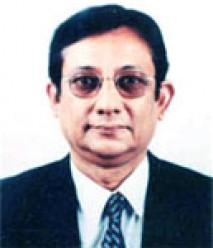 He was a member of UN Audit Teams and audited the UNDP and UNICEF Headquarters, New York, USA and the UNEP Headquarters, Nairobi, Kenya. He authored a number of books on auditing and accounting and has many publications in domestic as well as international journals.

He made pioneering contribution in improving Audit methodology and Report writing in SAI Bangladesh. He successfully launched and implemented important policies on auditing and restructuring/remodeling of audit functions.